In the run up to COP26, the United Nations Climate talks later this year in Glasgow, Crawley Borough Council is encouraging the local community to join the conversation about climate change. It has organised a number of local activities as part of the Great Big Green Week, taking place from 18 – 26 September, which celebrates what is being done across the nation to improve our local environment and tackle climate change.

A small group of people took part in a walk at Worth Park last Thursday with the Worth Park Wanders, led by Head Gardener Stephen Peters. Stephen gave a walking commentary of the beautiful historic park and talked about what we are doing in Worth Park to help combat climate change such as plant diversity, no mow zones and better soil management.

We continue to support the Beewild Maidenbower trial which aims to bring beauty to the area with its wild flower patches and most importantly, support the bees and pollinators. The success of the trial will be evaluated in due course. 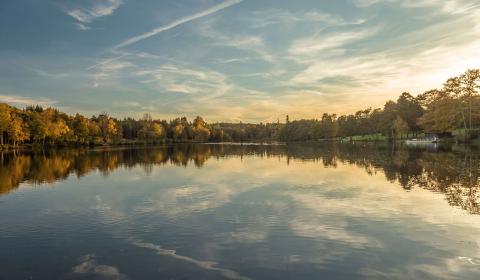