Horsham District Council’s Chairman Cllr David Skipp led a simple flag raising and wreath laying ceremony at the War Memorial in Horsham’s Carfax on the morning of the Battle of Britain anniversary on Wednesday 15 September 2021.

He was accompanied by Cllr Karen Burgess and Jeremy Quin MP. 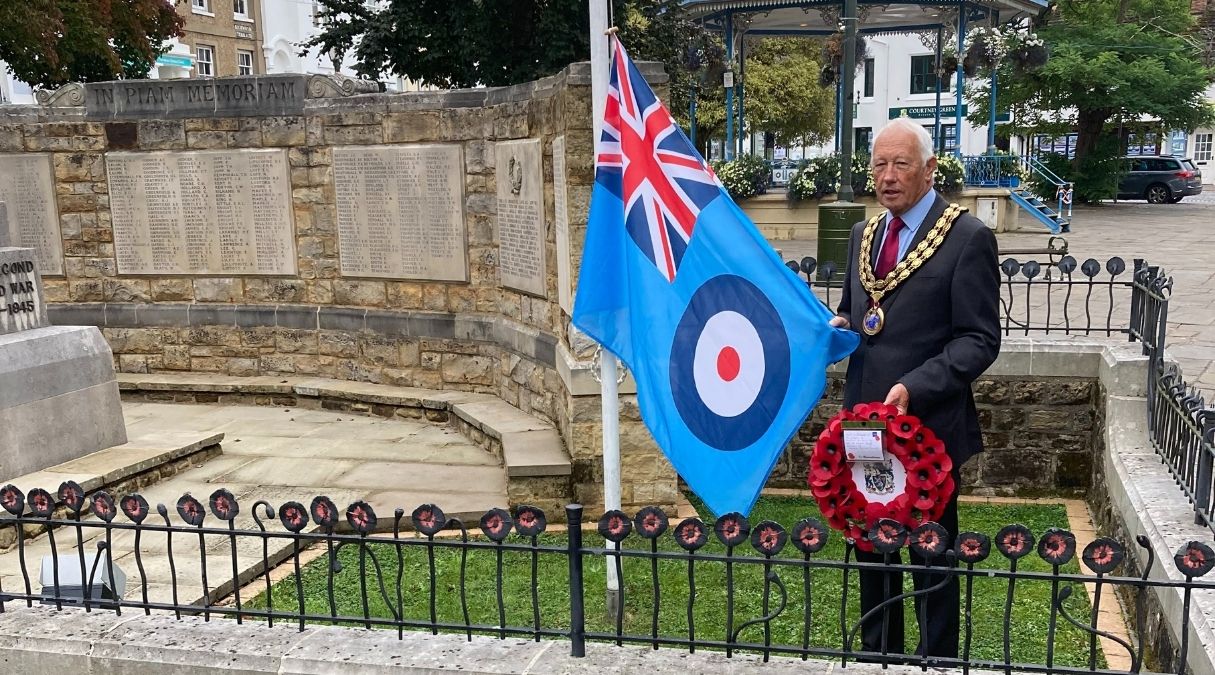 In his eulogy, Cllr Skipp said:

We give thanks this morning for all who served both in the aircrews and those as ground crew, those in the Royal Observer Corps, those guarding airfields, those in the rescue services and those who nursed and treated the injured.

Besides the British airmen there were pilots from some 13 different nations fighting with the air squadrons, many of whom were killed and injured.

For all involved in this battle for the air, and for the future of this country we can only echo the words of Winston Churchill: ‘The gratitude of every house on our Island, in Europe and indeed throughout the world goes out to the British airmen who, undaunted by odds, unwearied in their constant challenge and mortal danger, turned the tide of World War II. Never in the field of human conflict was so much owed by so many to so few’.

Every year the Horsham District pays its respects to the people who lost their lives in the World War II battle of the skies, as well as armed forces personnel serving today.