Horsham District Council’s first Hot Bin composter trial was launched in August 2020 with the aim of reducing food waste levels that are thrown away to landfill.

The trial has been judged a huge success, with local family and Recycling Champions the Coakleys reducing their general waste by over half in just six months.

The Horsham based family were presented with their Hot Bin from the Council last summer and during that time have composted some 115kg of food waste by using the bin, saving this food from going to waste. 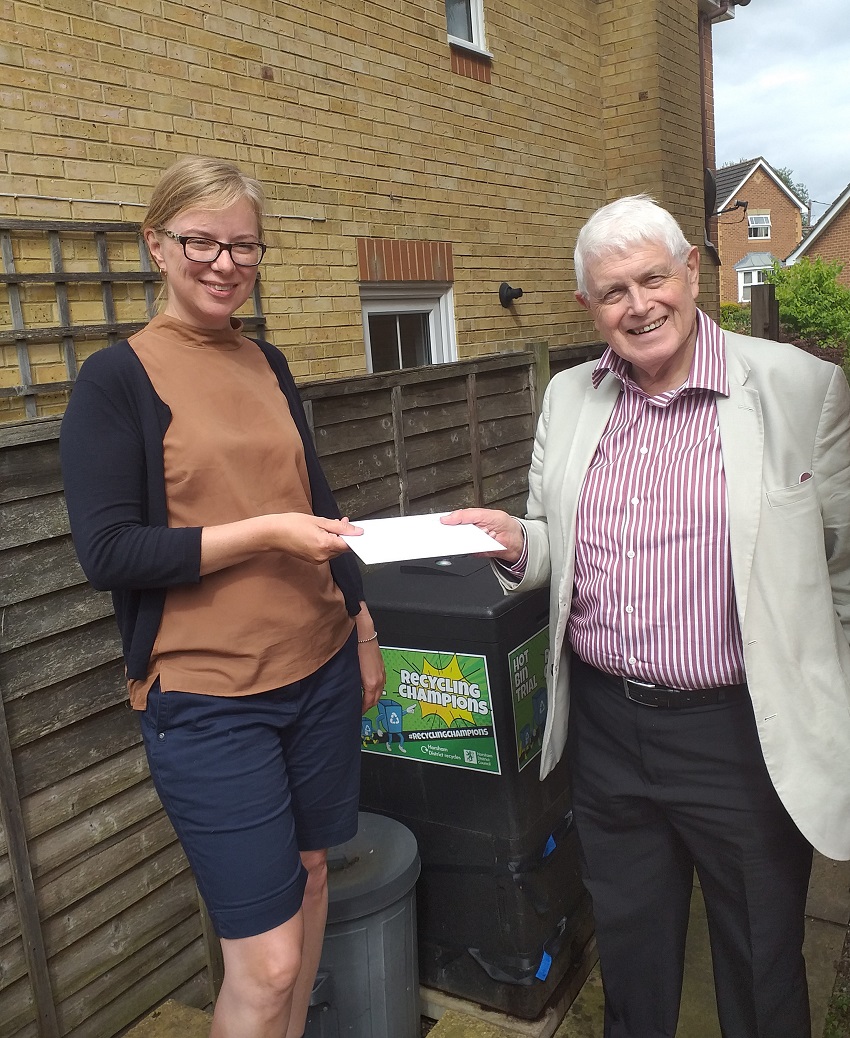 At the end of the trial Amanda Coakley said:

We are absolutely grateful for the Hot Bin and I don’t think we’ll ever go without it again. The benefits have been amazing. We’ve seen a big reduction in our residual waste, and we have no odour from our kitchen bin.

There is now a consciousness in our household about not producing waste, that wasn’t there before, and best of all we get compost for the garden!

To say thank you for being the first family to take part in this innovative trial, Horsham District Council Cabinet Member for Environment, Waste, Recycling and Cleansing, Cllr Philip Circus, presented a Marks and Spencer voucher to the Mrs Coakley.

Our household waste has significantly decreased as we are now able to compost almost all organic matter. We definitely recommend getting a Hot Bin and making full use of it.

Using the bin was something all of the family got involved in. The kids were fascinated with the composting process and it actually encouraged us to be in the garden more as we were using the compost while building our vegetable patch.

I am really pleased that our Hot Bin recycling trial has done so well and that we have been provided with so much valuable feedback from the participating families.

My thanks go out to our Recycling Champion families who have taken part over the past 6 months for sharing all their findings with us.

We can now take this data to inform our understanding and explore the possibilities for the provision of Hot Bins to the residents of our District going forward.

The Council is investigating the possibility of a subsided scheme to encourage more residents to compost using Hot Bins.

Contact us to find out more about advertising your business here.